The new Van Ness Avenue bus rapid transit (BRT) system will reduce travel times by 32 percent on Muni Routes 47, 49 and 90 and on Golden Gate Transit routes that operate in the corridor. San Francisco Transit Riders has been a strong advocate for Van Ness BRT since our inception in 2010. We’re excited to celebrate the completion of this historic transit project that will operate between North Point and Market Street. As a member of the Van Ness Community Advisory Committee and Vice Chair of the San Francisco Transit Riders, here’s my inside scoop on the project.

The History of Van Ness BRT

Named after San Francisco’s seventh mayor, Van Ness Avenue is a major north-south corridor that serves the city’s major civic and cultural institutions including City Hall and San Francisco’s Symphony, Ballet, and Opera House. Van Ness also consists of a major commercial district with movie theaters, car dealerships, and a wide range of small to midsize stores. The boulevard serves as the front door for high density residential buildings for families, students, and retirees. And most city residents and commuters use Van Ness as a major transportation artery that serves as US 101 through the city and the primary interregional bus corridor that connects San Francisco to Marin County and the North Bay.

Over time, heavy traffic along the corridor began to significantly increase travel times on local and regional buses. San Francisco political leaders, planners, and engineers agreed on the need for major investment to support reliable, efficient public transit service for residents and commuters who travel on Van Ness. 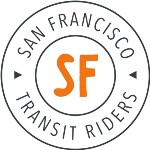